On Sunday, November 11, 2012, at 3 P.M., the Franklin Civil War Round Table will present award-winning author Peter Cozzens, who will speak on the Cahaba Prison.

The Cahaba Prison was established in Cahaba, Alabama June 1863 in a brick cotton warehouse above the banks of the Alabama River. It was intended to house only approximately 500 Union prisoners of war, but after Union General Grant suspended the practice of prisoner exchange in 1864 the prison’s numbers had swelled to over 3,000 by March 1865.

Mr. Cozzens is the author of sixteen critically acclaimed books on the American Civil War and the Indian Wars of the American West. All of Cozzens’ books have been selections of the Book of the Month Club, History Book Club, and/or the Military Book Club. His This Terrible Sound: The Battle of Chickamauga and The Shipwreck of Their Hopes: The Battles for Chattanooga were chosen by Civil War Magazine as two of the 100 greatest works ever written on the conflict. 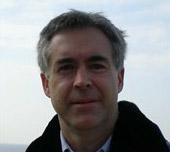 Peter Cozzens, a native of Wheaton, Illinois, is a Foreign Service Officer with the U. S. Department of State. After graduating from Knox College with a degree in International Relations, he served for four years with U.S. Army military intelligence, rising to the rank of Captain, and then entered the U.S. Foreign Service in 1984. Cozzens has held postings in Mexico, Panama (as Deputy Consul General at the U.S. Embassy) and Peru and has also served as Special Assistant to the Assistant Secretary of State at the Bureau of Intelligence and Research.

In 1997 Cozzens was awarded the Superior Honor Award, the State Department’s second highest recognition. In 2002 he received the American Foreign Service Association’s highest award, given annually to one Foreign Service Officer for exemplary moral courage, integrity, and creative dissent.

Cozzens is a member of the Advisory Council of the Lincoln Prize, the nation’s foremost literary award in history after the Pulitzer. He has written numerous articles for Civil War Times, and has appeared on C-SPAN’s Book TV the PBS series History Detectives.

Cozzens’ No Better Place To Die: The Battle of Stones River is the first modern study of the Murfreesboro battle that included operations in Brentwood, Franklin, Nolensville, and Triune. His most recent book is Shenandoah 1862, Stonewall Jackson’s Valley Campaign, and he is working on a history of the Indian Wars of the American West to be published by Alfred A. Knopf in 2015.